On 20 May 2022, the General Assembly of Europa Nostra – the European Voice of Civil Society Committed to Cultural and Natural Heritage – has unanimously appointed Cecilia Bartoli, the world-renowned opera star, as the new President of the organisation, for an initial mandate of five years. Europa Nostra is the largest and most representative heritage network in Europe, collaborating closely with the European Union, the Council of Europe, UNESCO and other international bodies. 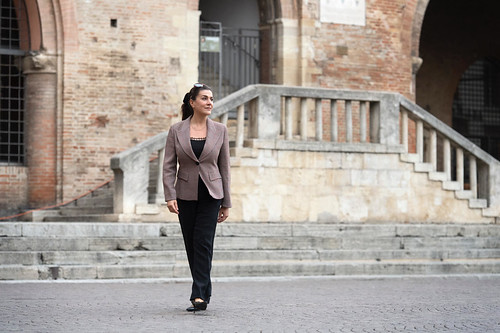 Hermann Parzinger, Executive-President of Europa Nostra, who chaired today’s session of the General Assembly, conveyed the pride and joy of Europa Nostra’s membership towards the organisation’s new President. “We are so grateful for Cecilia Bartoli’s readiness to become our new President. We could not have found a better successor to our outgoing President, Plácido Domingo, to help us steer Europa Nostra to new heights. We admire her sublime voice, her artistic originality and audacity, her dedication to combining art with imaginative thinking, creativity with scientific research, tradition with innovation, her tireless work and professionalism as singer and artistic director, her passion for Europe’s priceless cultural heritage, tangible and intangible, and, of course, her warm and charismatic personality. ​​With all these qualities, Cecilia Bartoli will be a shining light providing guidance and inspiration to our action which is focused on the pursuit of a more sustainable, inclusive, beautiful and peaceful future of our Europe”.

Accepting her appointment, Cecilia Bartoli stated: “As a European citizen and someone who has dedicated most of my life to cultural heritage, I feel extremely privileged to have been appointed President of Europa Nostra, and accept this honour with greatest pride! I am also delighted to pursue the work of the previous President, Plácido Domingo. Let me stress that I fully subscribe to Europa Nostra’s claim that ‘cultural heritage is vital for our economy, our society, our culture, our environment, our well-being and for the future of Europe,’ and that we, as European citizens, ‘must take full responsibility for transmitting this heritage to future generations.’ I am looking forward to the coming years with Europa Nostra, its network and projects. It is an organisation which inspires me and enriches my work, and I am looking forward to contributing to the implementation of its objectives at the service of Europe’s invaluable heritage.”

“If, like myself, you were born in a magnificent historic city like Rome, you are probably more aware of the incredible significance of cultural heritage for the emergence of great architecture, literature, music or art, since you are exposed to its beauties every day, as soon as you go out into the street. Italy’s magnificent landscapes – its islands, mountains and plains, its villages and towns, its fearsome volcanoes, its rugged coastlines and shiny white beaches, its ancient vineyards, olive groves and canals, the endless shades of blue in its lakes and surrounding seas, all of this composes my invaluable heritage, to which I am dearly committed, just as much as our handicraft and folklore, or our modern achievements, such as our exquisite cooking, speedy railways, elegant fashion and legendary films. My heritage profoundly marked my thinking, my feelings and my personality, before even becoming conscious of it. Over the years, I was fortunate to add additional, mostly European, cultural layers to my original one: Spanish, French, Swiss, Austrian, and many more. They made me see the immense value of our heritage, which in Europe is so utterly diverse but at the same time so profoundly connected. Heritage is culture and recollection. Without an awareness of our heritage, culture would disappear, and with it our identity”, added Cecilia Bartoli.

Plácido Domingo, who was the previous President of Europa Nostra for a period of 10 years and who continues to support Europa Nostra as Honorary President, reacted enthusiastically to Bartoli’s appointment. “She is a great artist who personifies Europa Nostra’s mission and values. Europa Nostra will continue to flourish under her inspiring, creative and energetic leadership. I wish her every success at the helm of this wonderful organisation of which I had the privilege and joy of being the President and which will always remain close to my heart. I look forward to congratulating her in person on 6 June in Salzburg, when we shall be performing together at the Gala concert closing the Salzburg Whitsun Festival of which Cecilia Bartoli is the acclaimed Artistic Director”.

Sneška Quaedvlieg-Mihailović, Secretary General of Europa Nostra, also paid tribute to the incoming President of Europa Nostra: “The entire Europa Nostra team and I are delighted to welcome Cecilia Bartoli as our new President. She is an iconic artistic ambassador of Europe’s cultural heritage who radiates a contagious positive energy and generously shares her art and passion with younger generations. Under her enthusiastic leadership, we shall further amplify the resonance and impact of Europa Nostra’s voice for the benefit of safeguarding and promoting Europe’s shared heritage and shared values.”

Born in Rome, Cecilia is the daughter of singing teacher Silvana Bazzoni. In 1987, she gave her debut as Rossini’s Rosina in “The Barber of Seville” in her hometown. What followed was the spectacular beginning of an international career. Within a very short time, Daniel Barenboim, Herbert von Karajan and Nikolaus Harnoncourt’s interest was drawn towards the young artist. Since those days, she received many further invitations, from the Salzburg Whitsun Festival, the Metropolitan Opera of New York, London’s Royal Opera House, from concert halls and festivals all over Europe, the USA, Asia and Australia. For 30 years she has been performing regularly at Zurich’s Opera House. Amsterdam’s Concertgebouw, the Philharmonie de Paris, Vienna’s Musikverein, Elbphilharmonie Hamburg and the Berlin Philharmonic Hall are some of the regular stops on her annual concert tours.

In 1988, Cecilia signed an exclusive recording contract with Decca Records. The “Vivaldi-Album”, published in 1999, as the result of a fascinating expedition through the virtually unknown scores of Vivaldi’s operas, established her reputation as the Indiana Jones of current music history. The “Vivaldi-Album” is the first in a series of elaborate concept albums, in which Cecilia sheds a new light on various topics from the baroque and belcanto periods. Other successful titles are “Opera proibita”, “Maria”, “Sacrificium”, “Mission”, “St Petersburg” and “Farinelli”. 2021 saw the release of her latest album in this series, entitled “Unreleased”. More than 12 million video and audio products sold make Cecilia Bartoli the most successful classical artist of our time.

Since 2012, Cecilia has been serving as the artistic director of the Salzburg Whitsun Festival, where her contract was recently extended until 2026. Salzburg has become the perfect creative outlet for her talent for combining artistic excellence with conceptual thinking. Moreover, it has turned into a key location for her stage work: Cecilia’s debut as Norma in 2013 was a milestone in her career. In 2019, she played the lead role in Handel’s opera Alcina in a production described by reviewers as “a godsend for musical theatre”. The programme of 2022 is dedicated to “Sevilla” with a scenic new production of Rossini’s “Il Barbiere di Siviglia”.

For many years, Cecilia has been actively involved in historically informed performances. Since 2016, she has regularly worked with Les Musiciens du Prince – Monaco. This orchestra was formed on her initiative and was granted the generous patronage of the princely family of Monaco. Since their foundation, the Musiciens du Prince and Artistic Director Cecilia Bartoli are acclaimed and joyfully welcomed by the public and the international press.

In 2018, the Cecilia Bartoli – Music Foundation created a new record label, “mentored by Bartoli” with its first release “Contrabandista”, the first solo album of Mexican tenor Javier Camarena. Amongst others, this project aims at bringing classical music to a wider audience and at collaborating with talented young musicians.

Cecilia Bartoli is director designate of the Opéra de Monte-Carlo and takes up this position in January 2023, as the first woman in the history of the opera house.

Five Grammys, more than a dozen Echos and Brit Awards, the Polar Music Prize, the Léonie-Sonning-Music Prize, the Herbert von Karajan Prize and many other honours provide evidence of Cecilia Bartoli’s important role in the history of music.

Europa Nostra is the European voice of civil society committed to safeguarding and promoting cultural and natural heritage. It is a pan-European federation of heritage NGOs, supported by a wide network of public bodies, private companies and individuals, covering more than 40 countries. Founded in 1963, it is today recognised as the largest and the most representative heritage network in Europe.

Europa Nostra campaigns to save Europe’s endangered monuments, sites and landscapes, in particular through the 7 Most Endangered Programme. It celebrates excellence through the European Heritage Awards / Europa Nostra Awards, which this year celebrates its 20th anniversary. Europa Nostra actively contributes to the definition and implementation of European strategies and policies related to heritage, through a participatory dialogue with European Institutions and the coordination of the European Heritage Alliance. Europa Nostra is among the official partners of the New European Bauhaus initiative developed by the European Commission, and has recently been elected as the Regional Co-Chair of the Climate Heritage Network for Europe and the Commonwealth of Independent States.

This website uses cookies to improve your experience while you navigate through the website. Out of these, the cookies that are categorized as necessary are stored on your browser as they are essential for the working of basic functionalities of the website. We also use third-party cookies that help us analyze and understand how you use this website. These cookies will be stored in your browser only with your consent. You also have the option to opt-out of these cookies. But opting out of some of these cookies may affect your browsing experience.
Necessary Always Enabled
Necessary cookies are absolutely essential for the website to function properly. This category only includes cookies that ensures basic functionalities and security features of the website. These cookies do not store any personal information.
Non-necessary
Any cookies that may not be particularly necessary for the website to function and is used specifically to collect user personal data via analytics, ads, other embedded contents are termed as non-necessary cookies. It is mandatory to procure user consent prior to running these cookies on your website.
SPEICHERN & AKZEPTIEREN