The European Heritage Alliance Manifesto aims to convey a strong message of solidarity, hope and unity to Europe’s leaders and citizens at a time when Europe and the entire planet are struggling to overcome an unprecedented crisis caused by the COVID-19 virus. Through this Manifesto, representatives of major European and international heritage networks which form part of the European Heritage Alliance express the readiness of the wider heritage world to contribute to Europe’s immediate social and economic recovery, as well as to the longer-term advancement of the European project……. 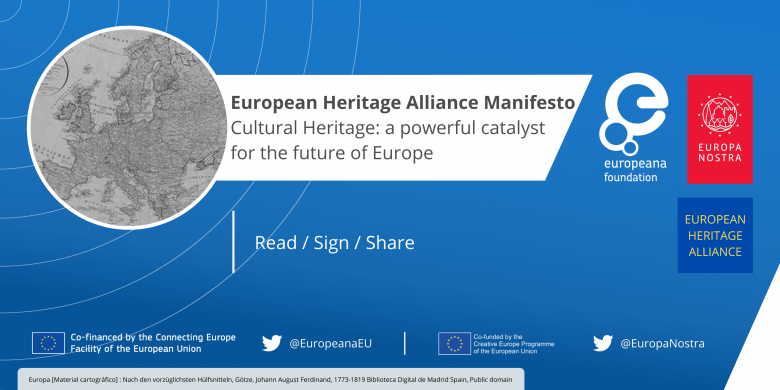 This website uses cookies to improve your experience while you navigate through the website. Out of these, the cookies that are categorized as necessary are stored on your browser as they are essential for the working of basic functionalities of the website. We also use third-party cookies that help us analyze and understand how you use this website. These cookies will be stored in your browser only with your consent. You also have the option to opt-out of these cookies. But opting out of some of these cookies may affect your browsing experience.
Notwendige immer aktiv