The not-for-profit heritage association Les Amis du Château de Vianden from Luxembourg joined Europa Nostra’s network of Member Organisations in June 2015. Protecting, managing, enhancing and promoting the Castle are the core activities of this association which was established in 1978. This most-visited heritage site in the Grand Duchy, which counted more than 160,000 visitors in 2014, is central to the cultural identity of Luxembourg and is an integral part of its tourism heritage. 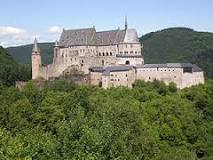 Vianden Castle has been recognised by experts, who evaluated it in 2013 within the framework of its application to be inscribed on the UNESCO World Heritage List, “as an outstanding cultural element, which deserves protection and conservation”.